I tried. I learned. I changed.

I was lost, stuck without direction and completely alienated. 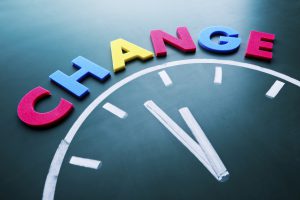 I had a group of friends whom I thought were the best and a boyfriend whom I made the world of. For a while, I’d been feeling different. I had little interest in the company of my friends. I rejected their invitations to take smoke breaks. I no longer felt the need to seek comfort from my boyfriend or even look him in the eye. I left school that day after I wrote my finale June exam paper. Still, I wasn’t quite feeling like myself.

My social life was always important to me.

What I wore. Where I went and who I hung out with. Usually I’d get home and immediately call up a friend and start planning my weekend ahead and which parties I’d attend. But that day, I chose to sit and reflect. I asked myself, why am I feeling like the life I’m living now is not the one I should be living. I sat on my bed, turned on my laptop to check my Facebook account. It was there and then that I saw a picture of a beautiful young lady wearing Hijab. I stared at it for so long. I continued to search for more pictures of Hijab fashion and Hijabi bloggers. I was in love!

At school the following day, Hijab was all I could think of. I was telling my friends all about it and they couldn’t seem less interested. My boyfriend didn’t entertain it one bit. So I felt scared. I felt out. I felt like I was losing all my friends and my boyfriend. I immediately blocked the thought of wearing Hijab and decided to do something which I thought would fill this void. I was caught in a Haraam act with my boyfriend and was immediately suspended from school and had to do community service. Our parents were informed about it and my parents wouldn’t even look at me.
I came home to a beating. My phone was taken and I was grounded until my father decided I was not.
“I am not mad at you. I am disappointed” said my father.

That broke me completely.

I suffered from depression. My grades dropped. Everything had no meaning.

I went to school to collect my report which I opened in the car with my father. It was another thing to make my father even more disappointed at his daughter whom he thought the world of. I decided then that this could no longer go on.

I told my father of my intentions and not very long after that I emailed Darun Naim Li Zuhur (Now known as Zahraa Institute ) asking if I may apply. They accepted, Alhamdulilaah. All I then did was make a pure intention to change For the Sake of Allah. I was at home for the rest of the year 2013. I practiced wearing my Hijab full time. I started learning Quran. All of which my parents taught me and helped me.
That was the first year I experienced Ramadaan like never before. I prayed fajr everyday. Wore Hijab everyday. I got so comfortable in it, I’d sometimes fall asleep with it. I was in a better place even though I had zero friends. I was happier and healthier, because I had Allah.

And I was so excited for Orientation day at Darun Naim Li-Zuhur. My parents bought me my first Abaya. One which I actually wanted. They told me to wear it on my first day. So I did. I walked in at the doors of Darun Naim Li-Zuhur and the hairs on my body stood straight as a pin. The feeling I felt was so intense and so beautiful I could not help but to cry. The teachers were so welcoming and all I wanted to do was be them. I then knew that this was going to be my year of goodness and growth. I grew closer and closer to Allah. Made long life friends and actually got to learn from excellent role models.

Even though I left an entire life of mine behind me, I wasn’t incomplete one bit. Making the intention to change for Allah was the best thing I could have done. During a lesson in class one day, we came across a verse from Surah Al-Isra [17:23]:

“and Allah has demanded that you shall not serve any but Him, and give goodness to you’re parents. If either or both of them reach old age with you, do not say to them ( so much as ) “ugh” nor chide them and speak to them a generous word.”

How could these verses not be directed at me?

My parents were disappointed in me. They didn’t trust me. After reading those verses, I made it my duty to respect them. To gain their trust and to have them be proud of me again. I made sincere dua asking Allah to have mercy on my parents for they have finally forgiven me because I turned to you Allah, and have mercy on them because they had mercy on me when I least deserved it.

#BlackLivesMatter: Questions to Ask Yourself
June 14, 2020

Reflections: Good Manners of the Seeker by Imam al-Haddad
April 12, 2020