Sanctification of religious sites, times and rituals have for centuries been upheld and respected. 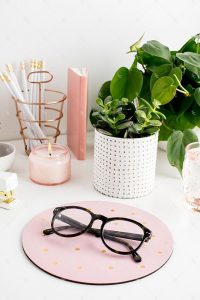 A certain internal state of purity, physical dress code or a particular manner of behaviour and demeanour often accompany most of these sacred observances. Those who dare to venture into the area of disregard and abandonment of these observances stand the chance of being negatively branded or labelled by the vast majority, sometimes unable to recover their reputation after venturing into the grey area.

As disturbing as it may be that we, as a generation are moving closer and closer to an abandonment of our former morals and ideals rooted within religious zeal and a strong sense of the Divine, we find that an even more serious de-sanctification of one of the most sacred things becoming normalised not only within our community, but on a global level as well. This is the de-sanctification of the self, and of the being which God has created with the innate potential to rise above the level of the purest angels.

Every human has been honoured with dignity and freedom by God Himself, this being evident by the fact that the angels were commanded to honour the first human created by bowing down to him. Of course, Adam (a.s) was honoured by his station of prophethood and by virtue of him being the father of all humanity, but he was exactly that- a human, a being filled with potential to recognise the truth of Divinity. In disrespecting another human, whose worth is not defined by race, ethnicity or religion, we are in essence denying our own gift of humanity and dignity, which we have been gifted with. A soul is still sanctified whether it be a believing soul or not, as Allah (swt) states in the Qur’an that whoever gives life to a soul, it is as if he has given life to the entire humanity. From this principle, we learn that all souls are precious and truly our treatment towards this sanctified soul, conveys much more about our individual characters than any ritualised form of worship possibly could, for within our natural behaviours towards others, we see a true reflection of the inner state of our hearts.

Allah further reminds us of the sanctification of the human, by teaching us in surah Teen that Allah has created man in the best of forms, but then reduced him to the lowest of the low when he fails to realise the station of belief and pious action. Interestingly, the chapter concludes with the question: “Is Allah not the Most Just of those who Judge?”. This Divinely placed verse within the context of this chapter almost directly calls us out on our tendency to judge and label those who we feel are not accurately manifesting belief and pious action.

How can we be content with playing God to another human?  How do we find comfort in judging another whose untold burdens are not apparent, whose faith cannot be outwardly measured by any stretch of the imagination?

We need to revere and sanctify this soul once more, as our Prophet (saw) taught us, for we are losing the battle, and with it our own dignity in the process. Injustices against any soul deserve to be corrected and mentioned. How do we win this seemingly losing battle? We start with the small kindnesses our prophet (saw) taught us. Smile, greet and make another feel comfortable in your presence. Tip the petrol attendant generously and give the beggar the benefit of the doubt. Treat those nearest and dearest with the respect which we afford to a stranger – usually putting our best foot forward and receiving them with a kind attentiveness which we rarely reserve for our very own spouses, parents and children. The ripples of change start from within, and eventually extend far beyond our reach. The centre of that immense potential for change starts by developing a deeper consciousness of those around us and the beginning of a re-emergence of reverence and respect for all things which God Himself has revered.